Non-profit organization «Campus_38» continues the «Forest Watch» project — support of the Baikal regions. Particularly interesting was the subproject — «A Chance for Marituy»

It should be noted that the entire coast of the Circum-Baikal Railway is «steeped in history». And here are some amazing historical facts revealed in the course of our work. But first things first.

Mikhail Kulekhov, an expert of the Campus_38 Foundation, says: — In 1917, a revolution began in Russia, which overthrew the monarchy and opened the way for the creation of a democratic republic. At this time, Russia, in alliance with Britain, France and the United States, participated in the First World War against Germany, Austria-Hungary and the Ottoman Empire.

One of the most important problems of the belligerent Russia was the complete collapse of railway transport. This severely limited the military capabilities of Russia, and led to an extreme food shortage in the cities. Therefore, one of the first issues that the Provisional Government of Russia began to solve was the establishment of the work of the railways. To this end, the European allies agreed with the Provisional Government to create a Russian railway service under the control of specialists from the United States. Since November 1917, the United States has provided Russia with three hundred locomotives and more than ten thousand railroad cars. Bad weather and an unfavorable political climate delayed the final entry of the Russian Railroad Corps until March 1918, when they entered Siberia from the Manchu city of Harbin[1].

In the spring of 1917, the Czechoslovak Legion, formed from volunteers, prisoners and deserters of Czech and Slovak origin, who wanted to restore their Czech-Slovak state, began fighting on the Eastern Front on the side of Russia.

In October 1917, a Bolshevik coup took place in Petrograd, and the new government, the Council of People’s Commissars, decided to conclude a separate peace with Germany and withdraw from the war. The Treaty of Brest-Litovsk between Russia and Germany was concluded on March 3, 1918. At the same time, the question remained unresolved as with the Czechoslovak Legion, which intended to continue the war against Germany, already on the Western Front, in France. So it is with the huge amount of military and civilian equipment supplied by Britain and the United States to Russia for the war against Germany. The allies feared that Russia, having established friendly relations with Germany, would transfer this equipment to her, or the Germans would simply seize it by force, taking advantage of the devastation and collapse in the state apparatus of Bolshevik Russia.

Already in the spring of 1918, the Bolsheviks themselves, in the person of the People’s Commissar for Military Affairs Trotsky, turned to the allied command with a request to take under protection the stocks of military materials in Arkhangelsk and Murmansk, since the German units landed in Finland under the command of von de Goltz threatened to occupy these ports. The allies complied with this request. And, since an even greater amount of materials (primarily railway equipment worth about US $ 1 billion) were in Vladivostok and along the Trans-Siberian Railway, the Allied forces landed in Vladivostok. American troops in VladivostokAmong other Allied contingents, the American Expeditionary Force under the command of General William S. Graves landed in Vladivostok.

He had recently been promoted to Major General and led the 8th Infantry Division of the US Army stationed in the Philippines. The American Expeditionary Force included the 27th and 31st Infantry Regiments, as well as volunteers from the 12th, 13th and 62nd Regiments of the 8th Division[1].

In total, the American Expeditionary Force numbered about 8,000. To manage the Trans-Siberian Railway, the Russian Railways Service Corps was formed from American personnel[1].

General Graves received personally from President Woodrow Wilson the following tasks, which he was required to perform during the expedition to Siberia:

The reality of the Russian Civil War was disappointing. Those forces and groupings («White Movement»), on which the allies initially pinned their hopes, turned out to be obviously inadequate to the tasks and problems that had accumulated in Russia. The supreme ruler, Admiral Alexander Kolchak, came to power in Omsk during a military coup. Considered a formal «ruler», he was unable to maintain elementary order on the territory of Siberia, which led both to the atrocities of the motley armed contingents of the «White Movement» and broad armed resistance to his regime from the local population. The allies (including the Americans) were especially outraged by the behavior of the «Semenovites» — the armed contingents of the ataman Grigory Semyonov, who mainly hunted for ordinary robbery on the railroad (including the cargo of Admiral Kolchak himself).

In this situation, uprisings constantly took place against Kolchak, and not so much the uprisings of the «red» — the Bolsheviks and their sympathizers, as the local population, represented by peasant and consumer cooperative unions, the party of socialist revolutionaries (SRs).

In Irkutsk, the SRs were always the most popular, and since 1918 all key posts were occupied by SRs: the governor of the province was P. D. Yakovlev, the mayor — A. N. Kruglikov, the chairman of the city council — P. V. Zitserman, chairman of the Irkutsk zemstvo council — I. Kh. Petelin.

In early October 1919, the Autonomous Siberian Group of Socialist Revolutionaries was formed in Irkutsk. On October 15, the group issued a declaration accusing the Socialist-Revolutionaries of inactivity, calling for cooperation with the Bolsheviks and the rejection of the idea of ​​a Constituent Assembly. On October 22, a Socialist-Revolutionary party conference was held in Irkutsk, which spoke out for the immediate start of an armed struggle against the regime of A.V. Kolchak. The Social Revolutionaries took a course towards creating a «buffer» statehood based on a homogeneous socialist government with a center in Irkutsk (that is, an independent East Siberian state, neutral between «whites» and «reds»).

On November 12, in Irkutsk, on the initiative of the local zemstvo council, the All-Siberian meeting of zemstvos and cities was opened. At the meeting, the Political Center was formed. The Socialist-Revolutionaries suggested that the Bolsheviks jointly prepare an uprising. At first, the Bolsheviks went to discuss the terms of participation, but then they recalled IV Surnov, who represented them, who later returned to the meeting on the preparation of the speech as an observer. The Social Revolutionaries made the main stake on agitation in the rear units of the Kolchak army.

On the night of December 21, under the leadership of E.S.Alko, the Socialist-Revolutionary movement began in Cheremkhovo. Workers in the Cheremkhovsk mines traditionally sympathized with the socialists, and the rebel control over coal forced the Czechoslovakians to refrain from interfering. The 400-strong Cheremkhov railway battalion, led by Warrant Officer Khoroshy, joined the rebels. At the Zabituy station, 250 political prisoners transported from Krasnoyarsk were released from the train. At the same time, the power of the Political Center was established in Nizhneudinsk and Balagansk.

On December 23, the Social Revolutionaries, led by Evgeny Kolosov, marched in Krasnoyarsk. On December 24, in Nizhneudinsk, the Czechoslovakians, under the pretext of protecting from the rebels, took a train with the supreme ruler of Russia Alexander Kolchak under an actual secret arrest for two weeks.

At 18 o’clock on December 24, by order of the Political Center, Staff Captain N.S. Kalashnikov and V.P. Merkhalev led the performance in Glazkov of the 53rd Siberian Rifle Regiment, at the same time the Irkutsk local brigade made a speech. With the transition to the side of the rebels, the local brigade ended up in their hands the rich military warehouses of the Batareinaya station, which it guarded. The rebels became the People’s Revolutionary Army, led by N. S. Kalashnikov. In the units, the old commanders were removed, and the commissars of the Political Center were assigned to the new ones. The insurgents also deployed workers’ squads: one in Glazkov, out of 450 railway workers, the other in Znamenskoye suburb, out of 400 workers.

Ataman Grigory Semyonov, whom Admiral Alexander Kolchak appointed commander-in-chief of the troops of the Trans-Baikal, Amur and Irkutsk military districts on December 23, 1919, and promoted to lieutenant general on December 24, sent about 1,000 people to Irkutsk from Verkhneudinsk, headed by Major General Leonid Skipetrov.

At the same time, Grigory Semyonov sent to the commander of the allied forces in Siberia, French General Maurice Janin, a telegram that turned out to be ineffectual, asking “either for the immediate removal of the rebels from the neutral zone, or not to obstruct the execution of the order by the troops under my command to immediately suppress the criminal revolt and to restore order «.

The Semyonovsk units arrived by rail to Irkutsk on December 30. The white armored trains did not hit the Irkutsk station directly, since the railroad workers started up a steam locomotive to meet the head armored train, damaging it and the track. Then the Semyonovites landed 600 people at the semaphore with 4 guns and 8 machine guns, and began an attack by Glazkov. White managed to capture part of Glazkov to the railway station. However, the Czechoslovakians unexpectedly intervened in the matter, who, referring to the order of Maurice Janin, demanded an immediate end to the battle and the withdrawal of troops to the Baikal station, otherwise threatening to use armed force.

In support of their intentions, the Czechoslovakians put forward the “Orlik” armored train, which in terms of armament and equipment was stronger than the three armored trains of the Semyonovites combined. Due to the impossibility of contacting the city and the small size of the detachment, Leonid  Skipetrov had to withdraw his troops[1].

At the Marituy station on January 9-10, 1920, the Czechoslovakians with the Orlik armored train, supported by the forces of the 27th regiment of the US Army, disarmed the so-called “wild division” of Ataman Semyonov, capturing about 1000 soldiers from its composition.

Mikhail Zimin, director of the Campus_38 NGO: — Is it correct to assume that the Czechoslovak legionnaires, with the active support of the 27th Regiment of the US Army, actually saved the Socialist-Revolutionary Political Center, which had rebelled against the bands of Ataman Semyonov, then expressed the interests of the overwhelming majority of the inhabitants of the Baikal region?

Mikhail Kulekhov: — Yes, that’s right. We conclude the historical excursion. Already on January 5, 1920, the US Consul Harris left Irkutsk, and the Czechoslovak Legion also did not intend to stay longer.

Already on January 5, 1920, the US Consul Harris left Irkutsk, and the Czechoslovak Legion also did not intend to stay longer.

General Graves was on a personal assignment from President Wilson. With regard to Russia, Wilson’s position was stated as follows: the evacuation of all foreign troops from the territory of Russia, the settlement of all issues affecting Russia in order to ensure its best and free cooperation with other countries of the world. Providing a guarantee of unhindered independent determination by Russia of its own political development and nationality policy[1].

The American Expeditionary Force left Siberia in March 1920. General Graves received the Distinguished Service Medal for his service in Siberia, the defense of the Trans-Siberian Railway from the encroachments of Semyonov and the defense of the insurgent Irkutsk from the impending bloody reprisals. He died in 1940, leaving a book of memoirs about his expedition to Siberia[2].

Such an extremely interesting story happened on the Circum-Baikal Railway 101 years ago. And what do the inhabitants of Siberia know about this?!?

And further. In Irkutsk, there is a pompous monument to Kolchak, an extremely controversial figure (to put it mildly, well, Semyonov is not yet immortalized …) The admiral Kolchak did not leave anything good in the memory of the Siberians.

But where is the monument to the Czechoslovak legionnaires and soldiers of the 27th American regiment? Or at least a memorial plaque …

At the board meeting, the team of the NGO «Campus_38» decided to start raising funds for the installation of a memorial at the Marituy station with the following content:

Here, on January 9-10, 1920, Czechoslovak legionnaires and soldiers of the 27th regiment of the US Army under the command of Colonel Charles Morrow defended the rebellious Irkutsk from the punishers of Ataman Semyonov 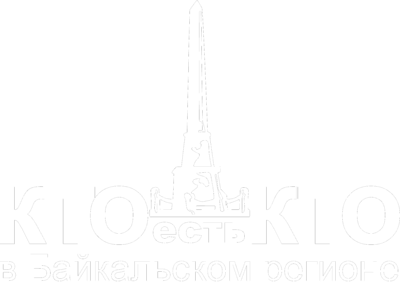